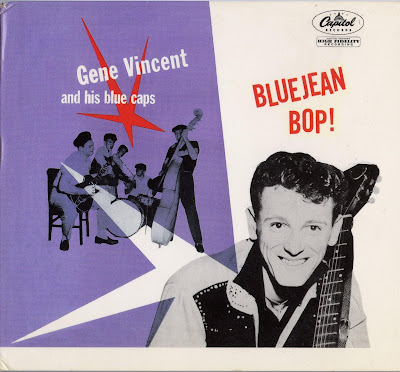 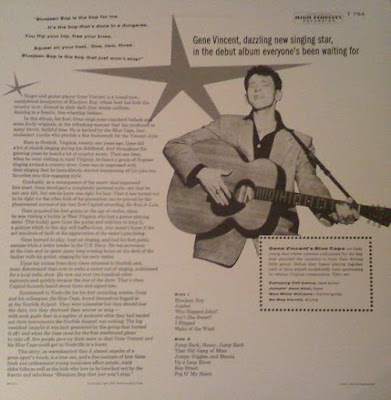 Gene Vincent was an American musician who pioneered the styles of rock and roll and rockabilly. Bluejean Bop! was his first album with his Blue Caps. It was released in 1956 for Capitol Records.